We are back ladies and gentleman with yet another ‘Noire Excellence’ post and today I want to introduce you to Jasmin Brown. Now if you’re on social media, I’m sure you have seen some of her Instagram videos floating around because they are always on the popular page and rightfully so because Jasmin is hilarious. Jasmin is one of the top rising female comedians out right now and I wanted to get to know the woman behind the laugh so I did. If you want to see what I found out, all you have to do is keep reading.

ATBEL: Hey Jasmin! First off, thank you for taking the time out to chat with me today and second girl… you crack me UP! Like I stay with the intense giggles watching your videos. Lol   Before we get into all of that, for those who might not know about you; feel free to introduce yourself a bit.

JB: Hey girl! Thank you for allowing me to make you laugh! It means a lot. For those who don’t know me my name is Jasmin Brown but most call me Jazzy or Jazz. You can find me on Instagram as @watchjazzy I’m from Miami FL and raised in West Palm Beach.

ATBEL: One day I was on Instagram just strolling through the popular page and one of the first videos I’ve seen of yours was the one about people staying in a parking spot after they get back into their car knowing that you’re behind them waiting to park after they leave. When I tell you I hhaaattteeeeee when people do that too?! It irks every..last… nerve! Then the video with the caption “It might be about that time ladies! Let that n***a go!” was another one of my favorites. I watched it countless times and even tagged a lot of my friends in it. We was all like, you sho right Jas! Lmao Then of course I had to follow you and it’s been non-stop laughs with you ever since.

It might be bout that time ladies! Let that n____ go! #watchjazzy

What made you start posting videos on Instagram? Have you always wanted to do comedy? You’re hilarious so you definitely picked the right profession.

JB: Haha! Wow! Thank you so much. I actually never saw myself doing comedy I’ve always just labeled myself as an actress. I’ve always been a character but I never looked at it as “comedy” it was just something I enjoyed doing with my siblings for fun so for this platform to be so huge it really humbles and inspires me.

ATBEL:  How do you come with content for your videos? Do they come from real life experiences/situations?

JB: Life, life and more life! I’ve been through a lot and I’ve seen a lot. Not to mention I feed off  my girlfriends as well and come to find out we ALL go through to same things! So why not talk about it? It’s never to just share my stories for the sake of telling my business, its letting my ladies know that we ALL go through it and they are not alone.

ATBEL: I know that’s right! So how did your characters Toya Turnup, Termite and Reggie come about? Who are also hilarious.

JB: They all developed at different times in my life but nonetheless from the same big imagination. Toya was actually created subconsciously. Growing up in a rough neighborhood I would see “Toya’s” all the time but I was too young to understand it. When I got older and started playing around with different voices and personalities, it just came natural to me since Toya was pretty much already created.

Reggie was inspired by not only the great Martin Lawrence but from all the times I needed an oil change and got hustled out of extra money by simply not knowing any better. Termite developed shortly after hip hop starting taking a turn in my eyes. I wanted to create a rapper character to make fun of all the terrible rappers out there but I ended up falling in love with the character and decide to create my own lane.

ATBEL: What comedians have inspired you? Are there any you would like to work with in the future?

JB: Gosh, there’s so many but I’d have to say Martin Lawrence. He really gave me that push to not only do characters but to commit to them. Also, the epic scene from Nutty Professor where the outstanding Eddie Murphy played multiple characters at the dinner table. I was blown away and the scene changed my life. Someone I’d also love to work with in future is Jamie Foxx. I think he’s so creative and brave and I’d be honored to work with him one day.

ATBEL: I think it is so dope to see so many young women taking the comedy world by storm nowadays because it has been a mainly  male dominated industry.  Do you think it’s harder for women to get the shine and respect they deserve coming up in the comedy industry? If so, how do you stay focused and not let the haters and naysayers get to you?

JB: I actually don’t think its harder these days. I think it’s much needed and its being embraced more now in my opinion than ever. As far as being respected in a male dominated industry as a female comic you have to first respect yourself because they WILL try you. I used to get told all the time that I was too pretty to be so goofy and opinionated because in their mind they felt like a pretty woman should be seen and not heard. I’ve never been the quiet type so I wasn’t going to start because of someone’s opinion. I wouldn’t be who I am today if I listened to the haters and now I just block everyone who talks crap on my page lol so there!

ATBEL:  BOOP! I heard that. Lol I saw that post from Vh1’s “15 Women Slaying The Online Comedy World” and you were named number 4. How awesome!  Congrats!! What was that like to see your comedy being recognized on such a big platform like that?

JB: I was actually late seeing it! I remember a girlfriend of mine posted that she was on there and I thought to myself how cool is that!? I went on to read the article about her and I saw myself on the list. The first thing I thought was “VH1 knows who I am??” Lol I was very flattered and humbled when I saw my name on there.

ATBEL: You also refer to yourself as “The female Martin Lawrence”.  Why that comparison?

JB: I love Martin and everyone knows that even though there’s no comparison! Lol It really comes from not being afraid to go there when it comes to having multiple characters you’re portraying. People started calling me that way before I even took to it. I also believe it’s being known and loved for who I am outside of my characters but also being drawn in to the point where I still get asked “are you really Toya Turnup”? It’s the same way we all felt with each and every character that Martin played on the show even though we all knew it was him.

ATBEL: I can dig it. So I see that you’re leaving Miami and moving to LA. How exciting! I already know big things are coming your way. Are you nervous?

JB: I’m nervous, ready and excited all at the same time! God has already began to open up doors for me. I’m just so grateful.

ATBEL: What is your advice for someone who really wants to start following their dreams but are afraid to take that first step?

JB: I would encourage them to hold on tight to whatever the feeling is that is pushing them to pursue their dreams and to never look back. Also, if they ever start to doubt themselves, to just stop and think about why they started in the first place and then to keep on going. For me, I have dreams to retire my parents so there’s no looking back and no plan B. Always stay inspired!

ATBEL: What are three words or a quote that you live and that you apply to your everyday life?

JB: My acting coach used to say this all the time..“You are no more important than the person who sets up your lights.” This quote comes from being on set and the production crew is there for hours setting up the perfect shot so you can come in and do your job and often some people overlook that and think that they are “better” than the others  who are there helping them when in reality they’re not. I make sure that I don’t live with an ego.

ATBEL: I really like that quote. So what can we expect from you in the future?  Touring? Tv Shows?

JB: All of the above!

ATBEL: I’ll be on the lookout for it Jas! I definitely am a #WatchJazzy supporter. So where can people find you via social media?

ATBEL: Well Jas, that is all I have for you today. Thank you so much again for chatting with me and I wish you nothing but success and many blessings in the future. Your gift of comedy brings joy to so many people and I can’t wait to see what else God has planned for you in the future.  God Bless

JB: Thank you having me and for the opportunity to make you laugh! Take care and God bless

And that’s pretty much all I have for y’all today. If you don’t already, make sure you follow Jasmin because I promise you boo boo *Kevin Hart voice* you will be laughing non-stop. She’s such a sweet and humble person and I know this is just the beginning for her and I can’t wait to see what else she has coming up for us to see.  You go girl!

Until next time loves..

One thought on “A Miami Native Who Has A Knack For Making Everyone Hysterically Laugh; This Is Jasmin Brown.” 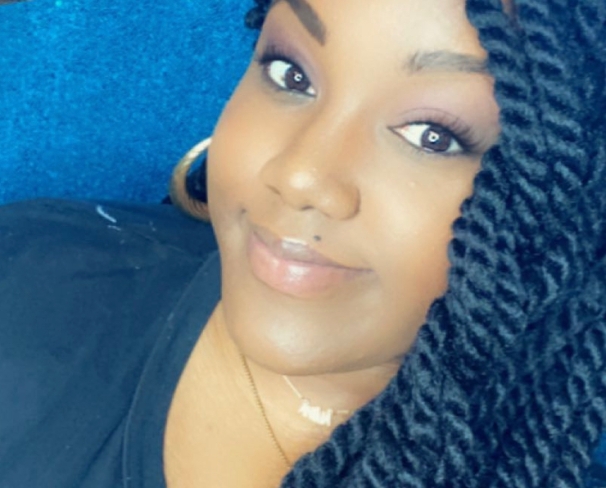